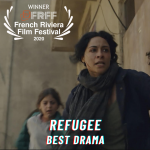 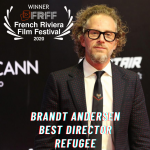 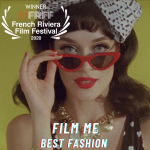 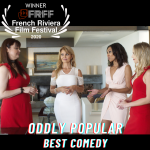 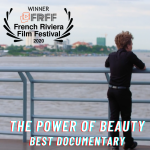 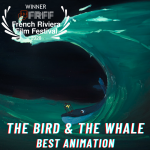 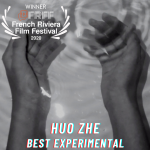 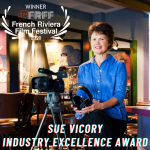 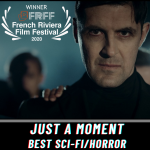 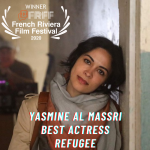 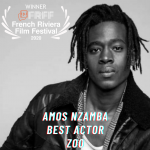 Refugee: A Syrian doctor and her young daughter flee in an attempt to escape their war-torn homeland.

The Bird & the Whale: A young whale struggling to find his voice strays from his family to explore a shipwreck. Meeting its sole survivor, a caged songbird, together they struggle to survive lost at sea.

The Power of Beauty: The Power of Beauty - part of the feature-length documentary Tomorrow and the Butterfly - follows two students, their tears and resilience on the days leading up to their graduation from the Kate Korpi Academy, a high end salon in Cambodia educating sex traffic survivors and the country’s underprivileged youth.

Oddly Popular: Four fortuneless females already have a hard time navigating daily life; however, their lives take an unexpected turn when an accidental text lands them their own reality show.

Just A Moment: A Chinese hand cream promoter’s life turns upside down when a passerby demands he be given back the minute wasted listening to the worthless advertisement.

Huo Zhe: “HuoZhe" translates to the word "living" in Mandarin. We watch our existence from afar as the hands represent us and the water is how life treats its people.

anpu - ZOEA:Two mitten crabs escape the hands of a vendor and make their way into the Taiwan’s dark underbelly of water ways.

Childhood: When natural and artificial wealth mingle as the pursuit of happiness is a never-ending process, Director Guilhem Coulibaly reveals a story of childhood through the illusion of time and a life’s perspective.

FILM ME: Four scenes matching a time and mood pay homage to the different periods of cinema through the spectrum of beauty.