NFTs Are Here to Take Your Short Film “to the Moon” 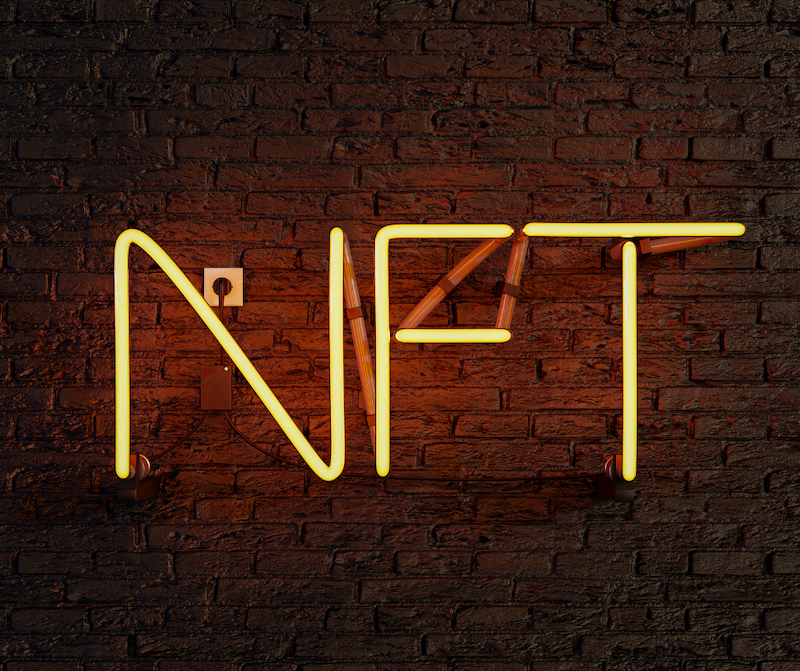 NFTs Are Here to Take Your Short Film “to the Moon”

NFTs Are Here to Take Your Short Film "to the Moon" NFTs are sweeping the film industry by storm and changing how films are being made and financed. The hype over NFTs is changing the future of art, film, gaming, and collectible industries.

Directors and producers are distributing through NFTs and riding the wave in the hope of being the next independent filmmaker to gain success.

Here is what we know so far about NFTS and the film industry and how it will allow short filmmakers to gain access to funding and be a part of the movie industry.

NFTs are "non-fungible tokens" and a special kind of crypto asset. Each token is individual, unlike other assets like bitcoin or the dollar bill, all worth precisely the same amount. Because every NFT is unique, it can authenticate ownership of digital assets like artwork, recordings, and virtual real estate.

At the beginning of 2021, a video by an artist named Beeple sold for $6.6 million online. Around the same time, someone else announced they would be selling a digital collage for a whopping $69 million.

Besides the ridiculous amount of money NFTs were being sold for, observers found that collectors who would buy said artwork gained an NFT and a kind of cryptocurrency in exchange for money. The founder of crypto fund Metapurse declared NFTs as "the most valuable piece of art for this generation."

How Hollywood Is Taking on NFTs

It can be complicated when trying to finance a film, and it's not uncommon to take out a second mortgage on your home and approach your creative dreams by putting a lot on the line. That's why the suggestion of those investing in real-world money will also invest in NFTs, and independent filmmaking could be the earliest of this process.

Now, companies can collaborate with filmmakers through NFTS and sell scripts, posters, and collectibles. The Forest Road Company's film finance firm closed a $20 million fund to make pre-production exchanging the right through selling associated items using NFTs. Other producers are participating in the NFT stream after Forest Road decided to invest.

While streaming services are on the rise, executives predict the industry is moving away from ownership of individual films.

Directors behind blockbusters like Martin Scorsese's is set to make the first Hollywood feature film funded entirely by NFTs. Niels Juul, who has set up the production company NFT Studios to support a series of films, hopes to raise between $8- $10 million through the sale of NFTs to the public and institutional investors. The film is ready to go and said to have big-name actors.

NFTs and the Indie Film Market

NFT's are spreading quickly through the film industry, specifically the independent film industry. For example, Jennifer Esposito plans to make her directorial debut for the indie feature film Fresh Kills. The director intends to finance the movie through a combination of NFTs and a public offering to sell shares in the film. Investors can back the project and be a part of a digital asset exchange by having shares. Additional financing will come through the sales of NFTs linked to the project.

An area where the NFT model has shown proof of concept is in movie merchandising. Motion Picture Exchange (MPX) and American Film Market (both indie film brands) closed a deal for traditional distribution and NFTs rights to a film and made customer digital collects connected to the feature.

The next on the list for NFT's to conquer is projected to be the short film industry. Suppose you decided to make a short film and sell limited authentic digital copies via NFTT. In that case, you can sell the film and make a profit. Remember, when your short film is purchased this way, the buyer is not just paying for the film. It's an investment that will give a return over time. They are investing in your short as an NFT. The value of the NFT will increase over time and grow as you become a more established filmmaker, thus raising capital for short films. It's a win-win for everyone.

Since most people buy NFTs as investments, they are essentially banking on you and your future as a creator. Suppose your work is already getting noticed, and you're starting to build a fanbase for yourself. In that case, there will be many more investors interested in your work.

NFTs represent a new potential revenue stream for filmmakers. One that they have more control over and generates more profit than traditional distribution.