The Camera Nazionale della Moda Italiana (National Chamber of Italian Fashion) presents Behind the Curtain, the latest fashion film directed and produced by the Milan-based Creativity Factory The Blink Fish.

Shot to celebrate Milan Fashion Week AW20/21, Behind the Curtain reveals the secrets of a truly unusual backstage in one long take. A flawless choreography by Laccio takes us through the preparations for a catwalk on the (strictly green) runway of Milano Fashion Week.

The Blink Fish and the Camera Nazionale della Moda Italiana have been collaborating since 2016, developing an increasingly strong online presence with fresh and relevant video content with each fashion season. Some of their most recent works, such as Start the Buzz, Be Ready and Waiting Room, have been internationally recognised, selected and awarded by several film festivals, including Berlin Commercial, Aesthetica Short Film Festival and the LA Fashion Film Festival. 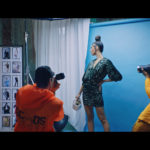 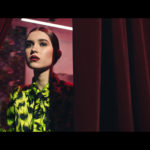 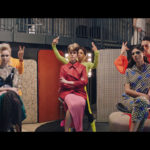