“I’m scared and feel wrapped in the dark. I’m vulnerable.”

Exploring the more narrative soul of fashion film while staying true to the genre’s strong focus on aesthetics, Alex tells us of a woman reliving and working through a trauma. Inspired by EMDR therapy, the film looks at abandonment during childhood as something that is likely to accompany us into adulthood. Through an experimental, movement-led approach, Alex takes us on a journey into the human psyche.

From the music composition and fashion design to the photography and choice of location, everything about Alex is thought up to recreate a dreamlike scenario. Shot in a historical villa in the Lombard region of Italy, the film employs dance as a release tool to work through one’s traumas. Lead character and dancer Silvia Bonavigo thus challenges her fears by interacting with the space around her through a series of choreographed movements. A collaboration with Italian label Kappe by Federica Bonifaci, the iconic capes of the mono product brand were selected to emphasise and complement the wearer’s gestures.

Breaking away from pre-established video genres, Alex finds itself at a crossroad between fashion film, short film and dance video. The film is a personal project and the director’s first narrative work. Alex has been selected by more than 25 international festivals, with 10 nominations and 5 wins including Best Actress at A Shaded View on Fashion Film, Best International Fashion Film at Buenos Aires Fashion Film Festival and Best Performance at Canadian Fashion Film Festival.

Produced by: The Blink Fish 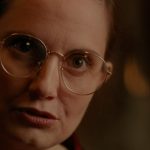 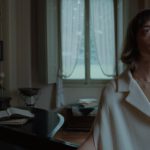 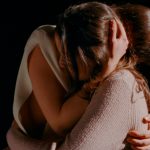