Marketing & PR Savant. With over a decade of marketing and PR experience under his belt, Gotham is recognized as one of the top 100 Twitter users in PR.  His main focus is on the evolving landscape of digital marketing and media and its transformation in the B2B and B2C promotional aspect. Passionate about indie and global cinema, he serves on the jury of Petit Cannes Film Festival and hosts workshops, roundtable sessions, panels and special events during the Sundance and Cannes film festivals. In the past few years, he has worked on several dozens of feature-length, short film, documentary, and web projects promoting and marketing at film festivals around the world. His online contribution to blogs includes The Huffington Post, Engadget, Buzzfeed, Destination Luxury, Indie Entertainment Magazine and more.
His work at Cloud 21 (PR & Marketing agency) includes several years of work in the entertainment and lifestyle verticals. Some of the key events and campaigns where Gotham has served include brands like Bang & Olufsen, Audi, LG Electronics, Uber, RocaWear, TEVA, People Water, Bodvar of Sweden, Artful Dodger, Nokia, and Sound City.
With a double Bachelors and an MBA in Marketing, Gotham is perpetually finding the philosophical "why". Favorite film genres include Horror and Psychological Thriller.
He is also the Founder of Gothamology.

Michael Benaroya is a producer and founder of International Film Trust (IFT), an international sales company, and Eclipse Films. As a producer, Benaroya has been responsible for critically acclaimed films such as “Lawless,” “Kill Your Darlings,” “The Words,” and the Academy Award-nominated “Margin Call.” Benaroya has produced 20 theatrical feature films and won an Indie Spirit Award for “Best First Feature” (first feature by director JC Chandor), as well as a National Board of Review Award for “Top 10 Independent Film,” and an AACTA award for Best Picture. Benaroya has had films in competition at Sundance, Toronto, Berlin, and Cannes, among other major festivals. In 2012, he had the #2 and #3 films in the box office, simultaneously with “Lawless” and “The Words,” films he both produced and for which he provided all the production “equity” financing.

IFT represents theatrical feature film productions from third-party productions, as well as Benaroya’s films, and has helped contribute funds to production for over a dozen films since its inception.

Most recently, Benaroya launched Eclipse Films in order to create original content for film and television, with TV series having been optioned by major networks. He has also created four comic series, including one in development, co-created by Stan Lee. Bruno Chatelin is a graduate of HEC MBA and spent 10 years with the prestigious international advertising agencies JWT, Masius, and Publicis. He then became a film distributor and launched some 250 films as marketing director for Columbia TriStar and served as managing director for UGC FOX. He was recognized as an innovative marketing expert and named by Film Français as one of the top film personalities when he merged the leading theatre chain UGC and Fox.

He went on to become an Internet entrepreneur and co-founded several companies, including filmfestivals.com that became a global leader in festival news and a partner of major festivals and markets. Chatelin contributed to the business development of an audiovisual studio center in Cherbourg led by Eicar Group.

He runs a film consulting boutique agency where he specializes in film marketing, international festival strategies and market presentations for Cannes, Berlin & AFM, and others. Today, he serves as COO of filmfestivals.com, while curating the 'Best for Fests' section. Born in Baltimore, Maryland, Vincent De Paul is a two-time consecutive Emmy Award winner for his work in the popular series “The Bay.”

After graduating from Johns Hopkins University studying epidemiology, biomedical ethics and biostatistics, De Paul moved to Miami Beach to work at Mt. Sinai Medical Center. While working in Miami, he was discovered and began working with the late Gianni Versace. While being represented by Wilhelmina Creative, De Paul worked internationally, appearing in editorials and advertisements in top fashion magazines, and being featured in global campaigns for L'Oreal with Stephanie Seymour directed by Patrick Dermachelier, El Corte Inglese with Ricky Martin, Christian Dior, Oscar De la Renta, Guy La Roche, and many others.

De Paul’s acting career spans more than three decades with his first films “Hairspray,” and “Riding in Cars with Boys” starring Drew Barrymore and directed by Penny Marshall. His TV career includes appearances on “West Wing,” “Frasier,” “Charmed,” “Sex in the City,” HBO's “Six Feet Under.” and “As The World Turns,” among many others.

He is the recipient of the French Rivera Film Festival Best Actor Award in 2019 and is president and founder of Five Arts Films &amp; Productions LLC. De Paul is a member of Producers Guild of America, Screen Actors Guild, and the Academy of Television Arts & Sciences. He is also a supporter of the Special Olympics, Children Uniting Nations, and many other charitable organizations. 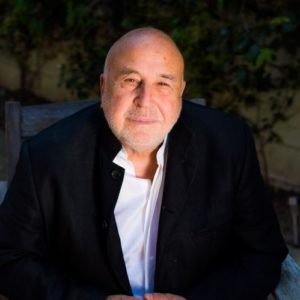 Mr. Namer is the co-founder of E! Entertainment Television, a company now valued at over $3.5 billion USD, and the creator of several successful companies in the United States and overseas. Among those companies are Comspan Communications that pioneered Western forms of entertainment in the former Soviet Union and Steeplechase Media that served as the primary consultant to Microsoft’s MiTV for developing interactive TV applications. 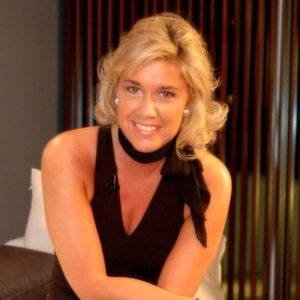 Emmy-nominated journalist, Ana B. Remos has had a distinguished career across two continents with leading names in magazines, television and newspapers. From fashion icons Roberto Cavalli and Carolina Herrera, cultural figures Fernando Botero and entertainment headliners Gwyneth Paltrow and Sharon Stone to Aerin Lauder, Mikhail Gorbachev and Prince Dmitri of Yugoslavia, she has been led into their private worlds, sharing their successes, disappointments and personal experiences. Growing up in Europe, of parents who were in the Foreign Service, she gained a passion for the world of global communications, different cultures and searching for the finest in life. She began her career in Madrid, seeing the world of fashion firsthand as a model, then moving on to host Operación Torpedo or El Tragabolas (cultural contests for young people) for Spain’s TVE, and later, as producer.

Miami was next on tap. She has been a guide to the luxury lifestyle and chronicler of the lives of leading figures in society, politics, fashion, culture, business and European nobility as editor of the most widely read “people” section in Knight Ridder’s (later McClatchy) Miami Herald, a “must read” for a who’s who”. At the same time, she became a correspondent for top publishing companies ranging from Vogue and Hola to Ocean Drive, among many others.

She is equally well known in television as the producer and host of El Círculo, a weekly TV magazine that featured the lifestyle of the international jet set. Her newest passion is azureazure.com, which she founded, a curated online guide to the global luxury lifestyle and the people behind it.

Born in Philadelphia, Dr. Laura Wilhelm was raised in the Silicon Valley and San Diego. She attended Reed College, majoring in Russian and minoring in Classics. She studied and worked all over the world on academic scholarships and fellowships before obtaining her honors Ph.D. in Russian at the University of Kansas, and relocated to multicultural LA in 1994.

Since May 2009, Dr. Wilhelm has run the award-winning consulting company LauraWil Intercultural. She writes regular features for Indie Entertainment Magazine, The Hollywood Times, and Magic Image Hollywood Magazine and conducts research and lectures at local institutions, such as Emerson College, the University of Philosophical Research, and Woodbury University. Her work brings her into frequent contact with A-list celebrities, public figures, royals, writers, artists, directors and independent talents of all descriptions.

Dr. Wilhelm is a member of Phi Beta Kappa and Dobro Slovo, the national Slavic honor society. She was nominated for an EMMA (Exceptional Merit in Media) Award from the National Women's Political Caucus, is listed in numerous WHO'S WHO, American Biographical Institute and International Biographical Centre publications and was a featured speaker at ABI/IBC meetings held in Washington, DC, and Vancouver, Canada. 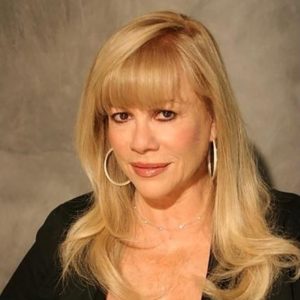 Born in Israel, Daphna Edwards Ziman, is the President and Chief Creative Officer of Cinémoi, a television network devoted to vintage to modern films, high fashion and international lifestyle. She is the founder of Unicorn/SST Records, a writer/director, an award-winning author and a philanthropist, respected internationally and in Washington, D.C. for her work on behalf of at-risk women and children. She is the founder and Emeritus Chairperson of Children Uniting Nations, a charity that provides foster children with mentors, and successfully lobbied to amend the Family Preservation Act, ensuring the safety of children returning home after foster care.

Ms. Ziman serves on the Advisory Board of the Philanthropic Arm of the State Department, IREX, as well as on the Board of Trustees of Children’s Institute International, is a Chairperson of ABC LOVE (Adoption Brings Children Love), and has been the recipient of numerous honors, including The Jacqueline Kennedy Award by JFK University, and the 1999 Peace & Tolerance Lifetime Achievement Award for Child Advocacy by the United Nations. The Beverly Hills Hotel and Bungalows