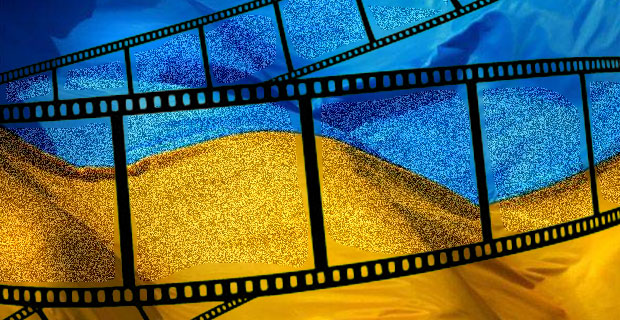 Although many of its films have been in and out of the international film festival circuit, Ukrainian cinema is often overlooked. Now that we have streaming services that offer a wide range of cinema selections worldwide, we can seek out international films from Ukrainian much more accessible than ever before. Audiences are receptive to the full options of art and flicks outside the western blockbuster they are used to seeing.

The guide is a 2014 Ukrainian drama directed by Oles Sanin. Earning local and global attention, The Guide was selected as the Ukrainian entry for the Best Foreign Language Film at the 87th Academy Awards but was not nominated. The drama tells a story of the attempts of the hero trying to survive in difficult circumstances in a foreign country in 1930. Not only is the acting good, but the story captivates the audience through its beautiful cinematography. This is the only Ukrainian film ever to be nominated for an Oscar for best foreign-language film.

The next film on our list is a historical drama base on real-life events that occurred between 1937 to 1957. This biographic film is about a female sniper Lyudmila Pavilchecnko, who changed the course of history fighting in WWII. With an original heroine, the film became one of the top 100 most-watched movies on amazon. This is a must-watch for all film lovers.

This 2014 documentary, directed by Sergei Loznitsa, focuses on the Euromaidan movement of 2013 and 2014 in Maidan Nezalezhnosti (Independence Square) in Ukraine's capital Kyiv. The Ukrainian film director was the first to present a motion picture of the ongoing events in Ukraine for the broader international public. The film features an unbiased chronology of the events and heartfelt stories of the Ukrainian people during a historic moment. The film got attention when it premiered at the 2014 Cannes Film Festival and later participated in another 50 festivals around the world. The film depicts the aspects of the revolution and the rallies that clashed between police and civilians. The Ukrainian film Viy is also known as Forbidden Empire, and in the UK as the Forbidden Kingdom. Based on a famous story written by Nikolai Gorgol, beginning in the 18th century, Jonathan Green goes on a scientific voyage starting from Western Europe to the East. On his journey, he finds himself in a small village in the woods of Ukraine. Director Oleg Stepchenck shows this adaptation of this modern horror. Viy had a record-breaking opening in Russia and received huge commercial success at the box office. This documentary film focuses on the unrest in Ukraine between 2013 and 2014. After premiering at the 72nd Venice International Film Festival, it won the audience award at the Toronto international film festival. After was nominated for Best Documentary Feature at the 2016 academy awards. The film shows a student supporting the European integration that grew into a violent revolution calling for President Viktor F Yanukovich to resign.